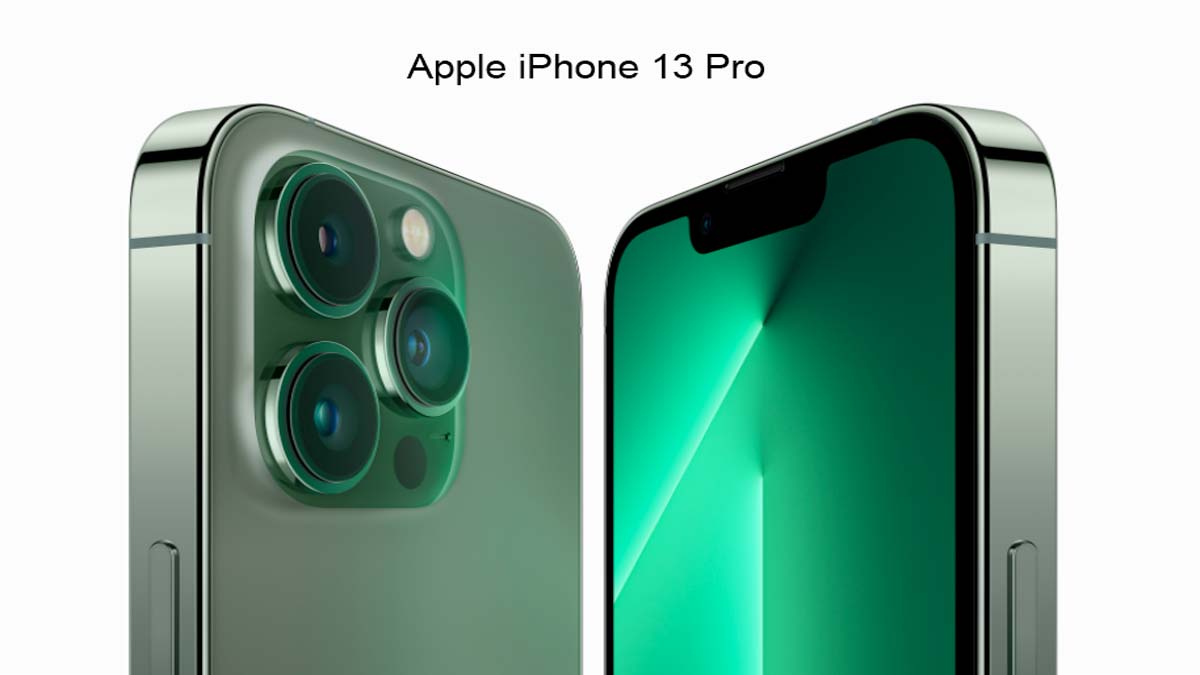 Apple iPhone 13 Pro has arrived on 17 Sep 2021 to its customers in India. It is the latest smartphone from Apple up to first quarter of 2022.

Apple iPhone 13 Pro is also the best ever iPhone after iPhone 13 Pro Max in the market. As we all know that iPhones are just amazing and nothing is like these smartphones.

In this post, we have discussed about complete specifications, cases, color variants, price and pros & cons of Apple iPhone 13 Pro in details.

All Apple iPhones have totally different hardware as well as OS than Android smartphones and this thing force people to buy iPhones.

Now a days, you must have noticed that many people around you are using iPhones even they don’t know how to use it properly. Many people buy iPhones become it has now become a status symbol.

Apple iPhones users are having many difficulties in using them like it has big notch, very high price, Bluetooth connectivity issue, problem in connecting with windows PC & Android devices.

Even then people are having courage to buy these smartphones. Let us know in the comment section below why you want to buy Apple iPhones.

It is the latest smartphone from Apple up to first quarter of 2022. Apple launched 4 iPhone models on 14 Sep 2021 which are as follows:

Apple iPhone 13 powered with iOS 15 and it is upgradable to other latest versions when available. iOS 15.4 is already available for iPhone 13 all variants to upgrade.

Apple iOS is ultimate operating system for smartphones and nothing is like that in terms of solid features as well as security features.

We think that we need not to explain much more about its operating system as it is very smooth with cool icons, graphics and vibrant colors.

Apple claims that iOS is the world’s most secure smartphone operating system and designed to protect its users privacy. It has so many built-in powerful features.

There are so many advantages of eSIM over physical SIM. You can change your operator any time without physically removing your SIM from your smartphone.

You can also use same number in two devices. One can be used as eSIM and you can enter your real SIM in another smartphone.

I don’t know this trick work in iPhone case or not. But I have tested it in Samsung smartwatch and It was working very well.

Apple iPhone 13 Pro has arrived on 17 Sep 2021 to its customers in India. It is the latest smartphone from Apple up to first quarter of 2022.

It is available to buy on Flipkart, Amazon and official Apple website.

It is available in five different color variants which are as follows: