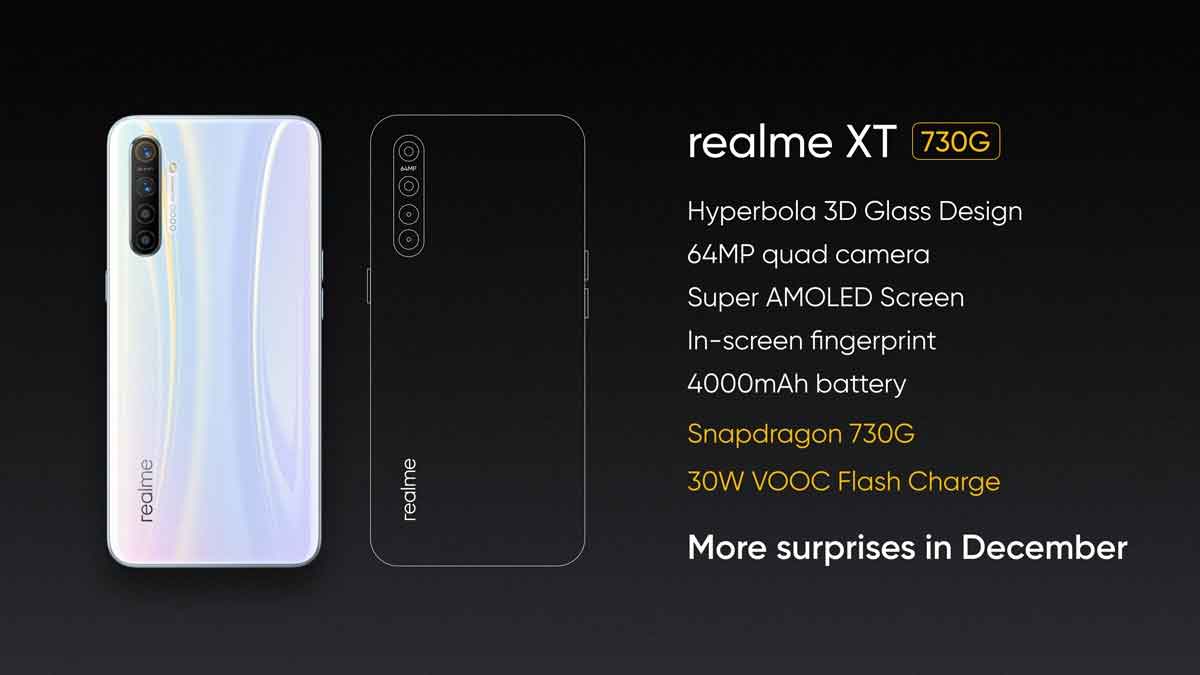 Realme XT 730G is special edition of realme XT for gamers. It will be launched with few more capabilities and features which we will discuss in this post below.

Realme XT 730G will be launched in Dec 2019. However the exact date is still not confirmed by realme.

The excepted launched date for realme XT 730G is 14 Dec 19 so Stay tuned to this page we will update this page as realme confirms its final launch date on its official website or social media accounts.

Some more specifications of Qualcomm Snapdragon 730G are as follows:

Realme XT 730G will be launched with Android 9 powered with ColorOS 6 customization by realme itself.

It will be launched with system wide dark mode optional feature. This is very demanded feature in smartphones these days.

It will be first device from realme which will be launched with digital wellbeing out of the box. Realme other devices will get this feature with updates.

You will get a 30W fast charger in the box for flash charging. You may recharge your realme XT 730G in 60 minutes from 0 to 100 %. This version of realme XT will also get type-C charging port.

We hope that you like this article “Realme XT 730G launch date and price in india” and it is helpful to you. If you have any question or suggestion than don’t forget to leave a comment below.