Skip to content
ColorOS 6 vs MiUi 10 Comparison : This is a detailed post about coloros vs miui. We have compared coloros and miui in deep.
Now a days every smartphone brand is having its own customized User Interface (UI). And some Custom User Interface  (UI) are popular among all smartphone brands. ColorOS 6 and MiUi 10 are 02 popular (UI) user interfaces. Both of these are having some uniqueness and capabilities.
MiUI 11 vs ColorOS 7

In this Blog post we are going to discuss all aspects of ColorOS 6 and MiUi 10 and come to a final decision that will show us the best user interface from both of these. So lets discuss  all of these one by one. Before start discussion i want to tell you history and owner of ColorOS 6 and MIUI 10. 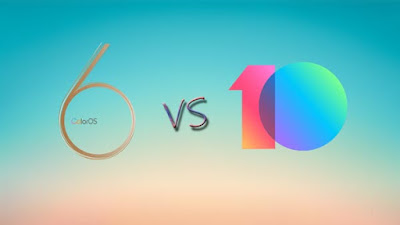 History and Owner of ColorOS & MiUi

ColorOS is an User Interface (UI) based on Google Android operating system. ColorOS is made by adding many features in google stock android OS. ColorOS is the property of Oppo smartphone brand for its mobiles.
ColorOS first version was launched on 23 Sep 13. And ColorOS is now 06 years old , In these 06 years ColorOS has grown up very high. Now ColorOS has got its latest version ColorOS 6.0 which has just launched in Feb 2019.
ColorOS is used by two smartphone brands Oppo itself and its sub-brand Realme. Realme New devices like Realme 3, Realme 3 Pro and Realme C1 comes with ColorOS latest version ColorOS 6 pre-installed. Rest of all Realme devices will get upgrade in June 2019 to ColorOS 6. 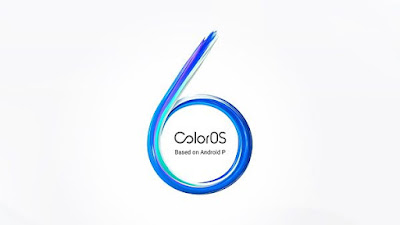 MIUI is developed by Chinese mobile manufacturer brand Xiaomi. MIUI is also based on Google operating system android. MIUI first version was launched in 16 Aug 10. So the MIUI is 09 Years old and miui first version was based on android 2.1. Now MIUI has evolved to MIUI 10. MIUI 10 is very customization in it.
Some initial versions of MIUI were close to Apple’s iOS but later its shifted towards stock android with so many customization capabilities in it. 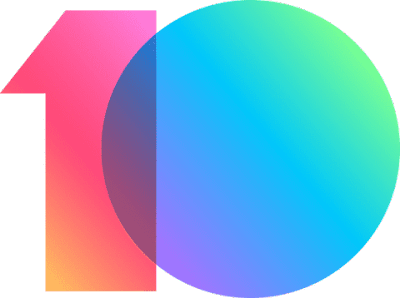 If we talk about comparison of ColorOS and MIUI previous versions ColorOS 5 and MIUI 9 we will find ColorOS 5 as a very bugy user interface and MiUi 9 as a well organised and customized user interface as compare to ColorOS 5. So in ColorOS 5 vs MIUI 9 comparison MIUI 9 is the clear winner.
But after the latest update of ColorOS, ColorOS 6 is in the close combat with MIUI 10 in all aspects like User Experience, Performance, Design, RAM management and Features.

MIUI user interface is very nice. Look and feel as well as transition are best in MIUI 10. Switching from one screen to another screen or page in MIUI 10 gives you amazing experience. But transitions depend upon the processor of the mobile because it consume processing power and gives extra load to the processor.
MIUI 10 is having its theme store and there are plenty of good themes available in MIUI 10 where you can change any theme.
Font style can be changed in MIUI 10 settings itself that’s a very plus point for MIUI 10.
Cons –  MiUi 10 is having lack of App Drawer. For app drawer we just need to install any third party app drawer or launcher like Nova launcher, Foco launcher etc.

MIUI 10 is having good battery management and all the Xiaomi and Redmi mobiles have good battery backup. But so many features and customization as well as bloatware available in MIUI 10 due to which it gives slightly less battery backup than Stock android.

MIUI 10 offer very clear and full of features Camera interface. There are plenty of features available in MIUI 10 mobile camera option. And picture quality in MiUi devices is good.
Pros – MiUI 10 devices camera offers good detailing of photo. Cam2API is enabled out of the box and support Google Camera.

ColorOS 6 devices also gets regular updates with latest android security patches. Now a days Realme is releasing updates to its devices at alternate months. But none of Realme device has got major SO upgrade to ColorOS 6.
Only new devices launched in 2019 have ColorOS 6 out of the box, rest of Realme mobile works on ColorOS 5.2 But realme has announced Realme all older devices will get ColorOS 6 update in the month of June 2019. ColorOS 6 is only based on Android Pie (9).

MIUI 10 is very feature rich and having so many customization options. Like you can change themes, icons, font style in MIUI 10. As well as there is support for system wide black theme support in latest MIUI 10 devices. And MIUI 10 have additional features like Gestures, smart sidebar, blue light filter, Clone Apps feature and many more. So here we can say there is no lack of features in MIUI 10.

ColorOS 6 devices are also having plenty of features. Like screen-off gestures, smart call, three finger screenshot, option to hide and change Navigation keys, Assistive ball, Smart sidebar, Smart driving and smart Assistant support at home screen.
In smart Assistant we can check step counts on daily basis and check calendar and option to quick contacts and apps is also available.
Additionally we can find Clone apps, Game space, and app split-screen and Real sound technology by Oppo and some features like app lock, kids space and private safe some more security features.
Although ColorOS 6 is having plenty of features even then MIUI 10 is having some more functionality than ColorOS 6 so we can say that MIUI 10 is the clear winner in terms of features.

Some things are good in MIUI 10 and on other hand ColorOS 6 is better in some aspects So it is difficult to decide a clear winner in MIUI 10 and ColorOS 6. But i mus tell you that icons in ColorOS 6 are inspired by MIUI 10 but now a  days looking better in ColorOS 6.
If MIUI 10 doesn’t have annoying advertisement then i would say MIUI 10 as a clear winner. As MIUI 10 is bugs free and clear UI. It is very stable being older than Colors , MIUI looks more professional and experienced.
ColorOS 6 doesn’t have any type of advertisements its very clear and give a very smooth experience. And as Oppo and Realme both are doing well to improve ColorOS6. Upto June 2019 all Realme devices will also have support for the Realme theme store.

So we don’t find any of the UI as a clear winner but i want to rate both out of 10. So overall aspects you will have a general idea that which UI is doing better and which UI needs to improve itself a lot.
MIUI 10 is having 09 Stars out of 10.
ColorOS 6 is having 8.7 Stars out of 10.

MIUI 10 and ColorOS 6 both of the UI are doing better and we don’t find any UI as a clear winner. ColorOS 6 is in close combat with MIUI 10. But i must tell you that MIUI 10 is slightly better than ColorOS 6 in some aspect.
We hope that Oppo and Realme is working on drawback of ColorOS 6 to make it a best user interface. Side by side we also want that all kinds of ads must be removed from MIUI 10 only than it will be a best user interface.
I hope guys you like this post. Now its time ask question to our readers So guys let me know in the comment box that which UI your are using in your mobile and which is your favorite User Interface (UI).