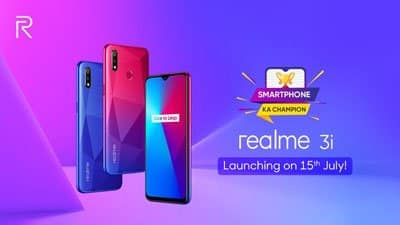 Realme 3i launch date has been confirmed. Realme 3i has been launched on 15 Jul 2019 along with Realme X Indian edition. Realme 3i is the unexpected device released from Realme.
Most of the realme fans are waiting for Realme X, specially realme x spider-man edition. But Realme CEO has surprisingly announced its new mobile named as Realme 3i on its official twitter account.

In this article we will discuss Realme 3i specification and price in details. i-series from Realme is going to be its new budget smartphone series. Realme has already launched few series to categories its smartphones like pro-series, u-series, c-series X-series also. 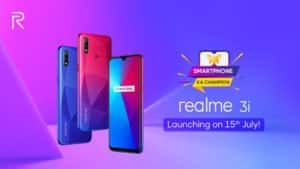 Diamond cut design on back side
Dew drop display