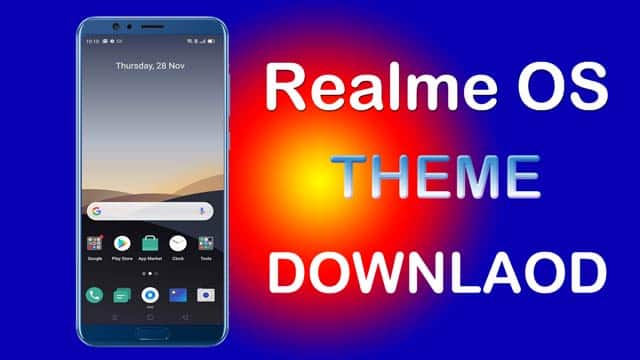 What is Realme OS

Realme OS is realme customized ColorOS 7 version. Or we can say that Realme OS is the modified version of ColorOS. ColorOS itself is the user interface (UI) based on the Android operating system by Google.

So RealmeOS is a User Interface based on Android and ColorOS. RealmeOS is very close to stock Android. Realme has made its Realme OS user interface very clean, fast and light.

Realme OS theme is a third party theme designed by third-party developers. Thanks for the theme editors who made this pretty theme. This theme is based on Realme’s User Interface RealmeOS which is close to stock Android.

This theme is the third party theme. It is not designed by Realme officially by few developers has developed it similar to RealmeOS. So that you can enjoy RealmeOS user interface in your oppo or realme smartphone before its official launch.

We hope that you have downloaded Realme OS theme in your oppo or realme mobile and you are loving this theme.

How to fix 05 minutes trial

You may see a theme buy option or 05-minute trial ended option on the screen of your mobile. You can remove it. So follow the instruction given below to remove 05 minutes trial.