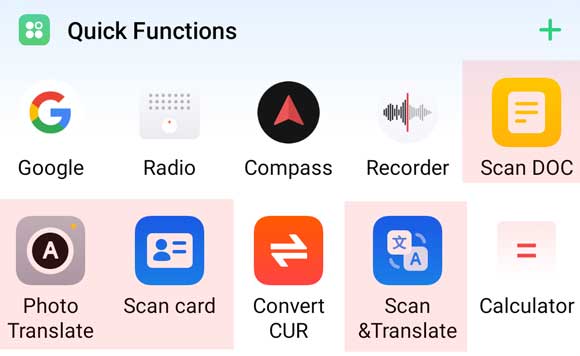 I must tell you that realme few devices like Realme 1 & U1 had built-in scanner app named as Smart Scan. But many realme users are now surprised that realme has removed its smart scan app in an OTA update. And you can’t find Smart scan app in realme devices.

Why realme removed Smart Scan app in an update?

Actually, realme has not removed smart scan app, realme has just moved realme Smart Scan app features to its Smart Assistant interface to make it useful. Now you can use realme smart scan in smart assistant.

But you can still scan your documents, card, photos and convert languages with your realme camera. Documents scanning feature are now available in Smart Assistant of realme mobiles.

This feature is very nice, you can scan documents with this feature and recognise text written on the scanned document with the help of built-in OCR (Optical character recognition) method. This app is useful for students and office works.

Limitations: This feature doesn’t smart as CamScanner. Its OCR is also not accurate. It doesn’t have a bulk scan or book scan mode.

You can scan your cards like PAN card, Aadhar Card, Driving licence and other cards as well. This feature is very nice. This feature is paid in third party apps like CamScanner and more. But realme is providing Scan card option for its devices free of cost as a built-in app.

Scan and translate feature in realme devices offers you to scan any document in any language and translate in other languages. However, this feature supports only a few languages like English, Hindi, Japanese, Korean, French, Spanish, Italian, German and Chinese languages.

Photo translate is one another great feature in realme devices. If you have any document in a language that you don’t understand then this feature can help you a lot.

You can easily convert photo document in other languages like English, Hindi and other international languages and vice-versa.

If you have scanned any document with the help of realme smart scan feature available in smart assistant. And you want to save a copy of your documents at other place and not finding where your documents are saved. Then check the given below path to find the location of your scanned documents in your device.

Your scanned documents are saved in Realme Internal Storage>>ColorOS>>OcrScanner>>Scan_filter.

Note: Realme smart scan only allows you to scan and save documents in local phone storage. So if you format your device or delete ColorOS folder and its sub-folders, your all scanned documents will be deleted. It will very difficult to recover all those deleted documents.

So I recommend you to backup your scanned documents in Memory Card or at any external device. Third-party scanning app automatically Sync your documents to their id but realme built-in scan app doesn’t have this feature so backup regularly.

Camscanner is one of the best document scanner app available on google play store. This app has a lot of features, you can play with them. It is free to download and install. But some of its features are paid. You may also find some ads on this app.

It is also free and easy to use the app. This app has a very simple user interface but fewer features than CamScanner. This app is totally free and no annoying ads are available on it. You can try this app. This app is developed by Microsoft developers.

Adobe scan is easy to use and free to download. This app has a very simple user interface but fewer features than CamScanner. This app is totally free and no annoying ads are available on it. You can try this app on your realme mobile.