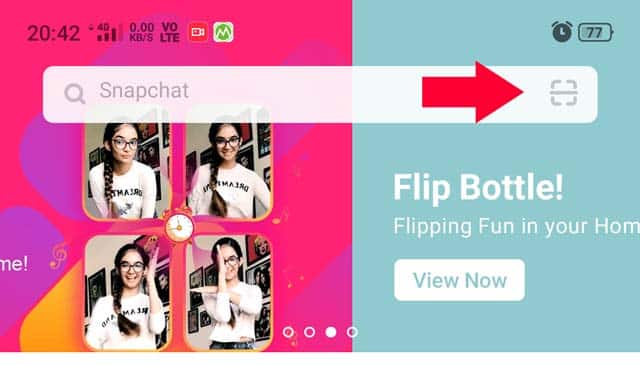 In previous realme devices, App Market was known as Oppo App Store but now Oppo app store in realme devices is known as App Market. And realme older devices like realme 2, C1, U1 and 2 Pro also got this app in ColorOS 6 OTA update.

If realme App Market is not installed in your mobile then you can get it from the download link given below in the post.

How to scan QR code & BarCode in realme

I have seen in the realme community tab that there are so many queries about realme built-in BarCode and QR Code scanner. People are badly demanding QR Codes scanner feature in realme devices. So I decided to help you to scan barcodes and QR codes in your realme devices.

QR code scanner app in realme devices is already available, you just need to find out it. To scan your QR codes and BarCodes follow the given below steps:

This app can scan QR codes as well as Barcodes easily.

Realme built-in QR code scanner is a most demanding feature nowadays in realme devices. We don’t know why realme is not providing this small feature in its devices out of the box.

Realme users are depending on third-party apps to scan their QR codes and Barcodes. But now we can aspect this feature in future updates if and only if realme has read all those queries written about built-in QR code scanner app in realme community.

So we may get realme QR code scanner app in future OTA updates as its a very demanding feature by realme users.

There are plenty of free and paid apps available on google play store that can scan QR codes and Barcodes for you. Some of the best third-party QR code scanning apps are as follows:

This is the popular QR Code and barcode reader app on google play store with a 4.6-star rating. This app has so many features and all are free of cost. You need not pay anything for this app. But this app shows ads to earn money.

This app can read many QR and barcode formats like:

We hope that you found this article helpful and liked also. So please share this article with other realme users to help them.

And if you have any question then let us know in the comment box below. Your feedback is always appreciated to us.