Realme Flagship Phone Realme X Chinese Variant : Realme always provide mid range smartphones at a low price to its buyers. And this is the main Reason that Realme has grown up in a very little time.

But now Realme is planning something big and new. Realme is working on a brand new flagship mobile. Realme is jumping from mid range mobile to Flagship Phone range.

Click Here to know Launch date of Realme X Indian Variant with Specification and Price.
Realme is going to launch a new flagship mobile that will come from Realme’s new “X” series. Realme X is going to be Realme’s first flagship phone. In this post you are going to know all things related to Realme Flagship Phone like – Realme X launch date, price and specification. 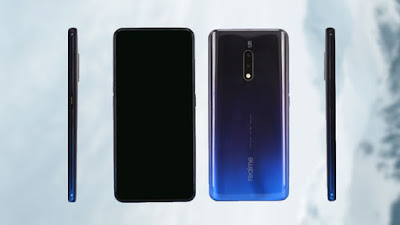 Realme has recently launched its Realme 3 Pro on 22 April 2019 and now Realme is planning a new flagship phone. A teaser video for Realme flagship phone has already been launched. Realme X will be the competitor of Redmi X.
Both of these phones from different brands are going to be flagship mobiles and will compete each other in all aspects like price, performance, look and specification.
Realme flagship phone “Realme X” model number will RMX1901 for Chinese varient. This mobile will be launched in china first then we will be able to see it in India.

Click here to know Snapdragon 710 vs Snapdragon 675 which is batter processor.

Realme Flagship Phone battery will be a average battery. It sport 3765 mAh battery to decrease the wait of the phone. But no need to worry about battery backup because of Snapdragon 710 SoC based on 10 nm technology chipset battery backup will be of next level.
It will be powered by Oppo Hyper Boost technology to make the Realme X power efficient and fast.

Realme flagship phone sport in-display fingerprint sensor. There will be no notch in Realme X because of popup selfie camera. So the screen to body ratio will be very high in Realme X. Screen to body ratio in Realme X is 19.5:5.
Realme X will have 6.53 inches full HD+ display without any notch so this phone is going to be bezel less phone.
Realme Flagship Phone will have vertical dual rear camera with flashlight followed by Realme vertical branding on the back side. It will be launched in 3 Color variants like Realme 3 Pro. So the look and feel of Realme X is going to be different to all of Realme’s other smartphones.

Realme Flagship Phone is will be powered by google’s latest Android Pie (9) with the customization of ColorOS 6. ColorOS  is provided by Oppo Electronics to all Realme and Oppo devices. And ColorOS 6 is the latest version of ColorOS UI.
ColorOS 6 is batter than its previous version ColorOS 5.2. ColorOS has improved a lot in ColorOS 6 and few of new technologies are added in ColorOS 6 to ensure batter performance and stability of the UI.
Hyper Boost technology has done great job in ColorOS 6 devices. ColorOS team is also working on system wide dark mode feature.
Realme X will come with a 3.5 mm jack for audio

Guys, I hope that you like this post related to Realme flagship phone named as Realme X. If you have any question or suggestion about Realme flagship Phone Realme X then you can tell in comment box.
And you are waiting for latest flagship mobile then you should wait till May end because two budget segment reputed brands Realme and Redmi are going to launch their flagship mobile named as Realme X and Redmi X.
Both of these Realme X and Redmi X will have tough competition in between. So there are so many chances that you are going to have a value for money Flagship mobile from Realme & Redmi as well.