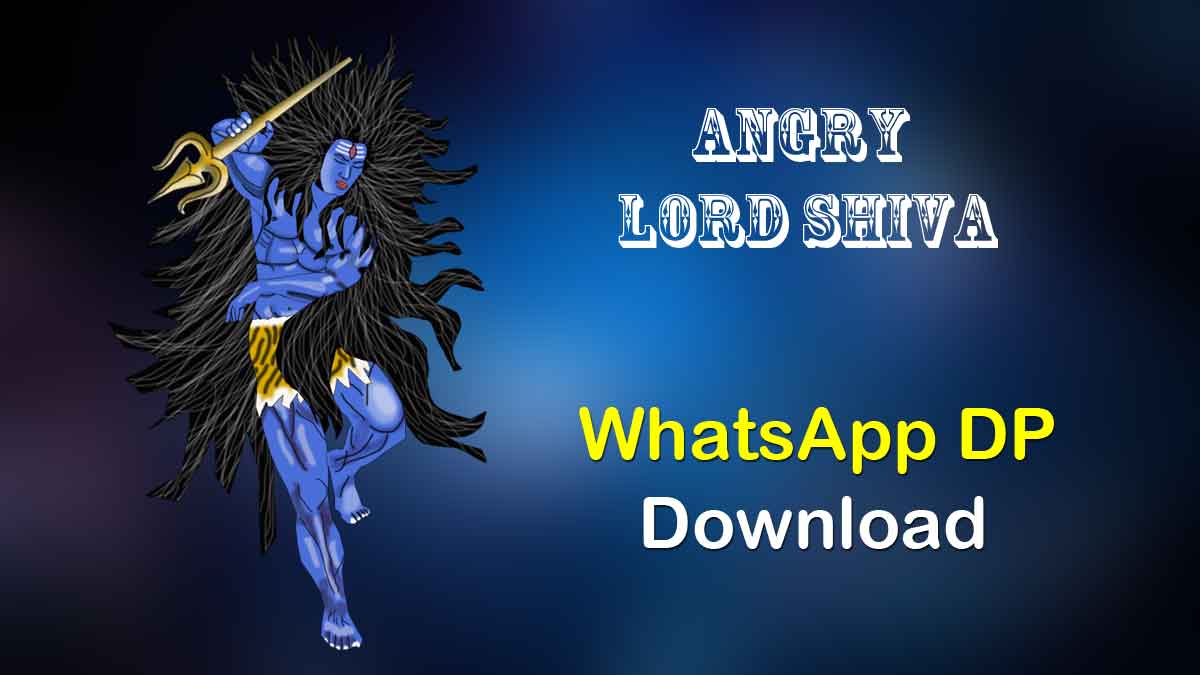 We have tried to collect lord Shiva angry images for your WhatsApp DP (Display Picture). All the lord Shiva images for Whatsapp DP are in full HD.

Lord Shiva is the the supreme god in Hinduism. Lord Shiva is also known as god of the gods. It is said in mythology that Shiva’s anger was so fierce that when Shiva opened his third eye, the whole world used to shake.

When Lord Shiva used to open his third eye, flames of fire used to come out of it and whatever came in front of him that got burnt or destroyed immediately. The following is a list of people who fell victim to Shiva’s wrath.

Lord Shiva assigned the task of creation of the universe to Brahma. When Brahma was developing the universe, he required someone to help him to develop the universe.

So Brahma ji created a Goddess named as Shatrupa. But when Bramhmaji saw Shatrupa he felt in love with her. And also created a fifth head to keep an eye on her every time.

Lord Shiva got angry on Brahma and cut his fifth head and declared Shatrupa as Brahma’s daughter because he was the creator of her.

One day Daksha organized a huge Yagya and didn’t invited his daughter Sati and son in law Lord Shiva. Sati went to the Yagya without informing to lord Shiva but Daksha insulted her very badly.

Sati was unable to bear this much insult and exhausted herself in the fire of Yagya. Shiva got very much anger after knowing this terrible incident.

Lord Shiva untied his hair and slammed it on the ground in the anger. He also invoked Veerabhadra and Bhadrakali. Virabhadra and the ghosts marched to Daksha Yagya shala and destroyed the entire complex. Daksha was decimated and the Yagya shala was destroyed in the ramparts.

Once while taking a bath, Parvati asked Ganesha to guard the door and not let anyone come inside. Obedient son Ganesha agreed.

Now lord Shiva got anger on Ganesha and enraged Shiva cut off Ganesha’s head. But later lord Shiva revived the Ganesha by replacing his head with an elephant head.

There were so many other incidents when lord Shiva got angry.

We have provided download link to angry Lord Shiva images for your WhatsApp DP. You can easily download the angry lord Shiva Whatsapp DP (profile picture) in your mobile.

We have tried our best to bring all the best angry lord Shiva whatsapp DP in this post. If you have any issue or feedback then let us know in the comment box below.

You can also write to us if you want to add more angry lord Shiva images for WhatsApp DP in the comment box. We will add your images to this page also after approval.