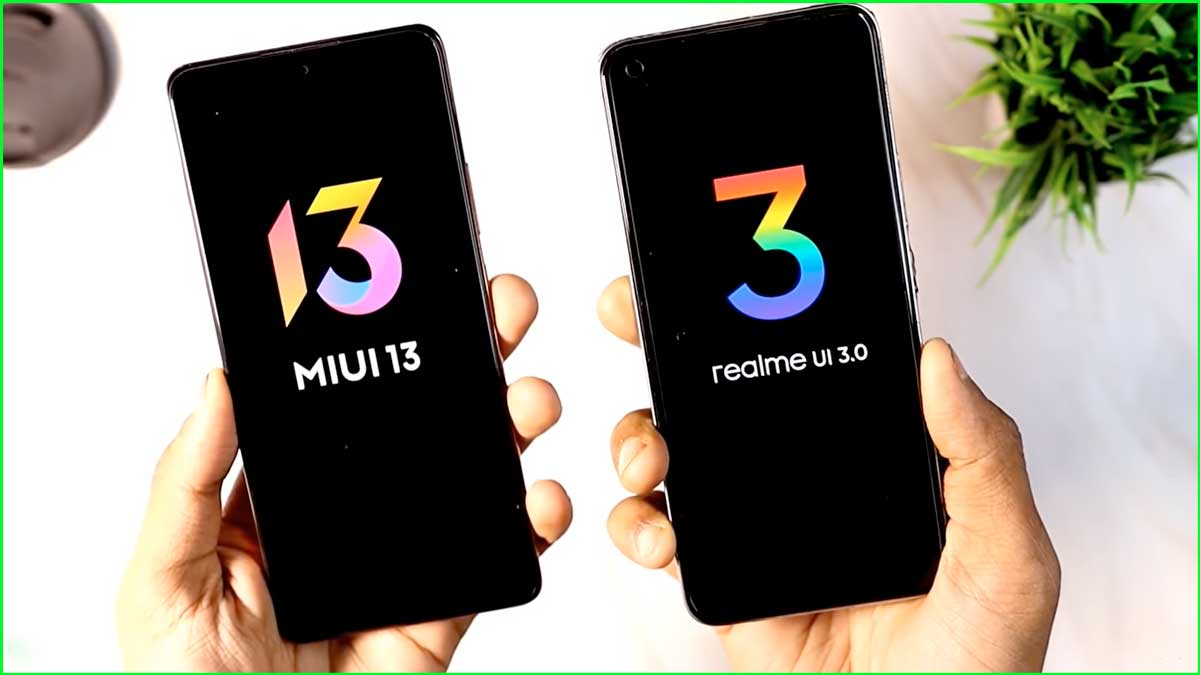 Before we start the comparison between Realme UI and MiUI, I want to tell you some intresting facts about both of these popular user interfaces.

You must be thinking, why I have mentioned Android and ColorOS initial launch date in the table given above.

Android by Google is the foundation of all the User Interfaces available in the world except iOS. And after the initial launching of Android by Google, MiUI came into existence after almost 2 years.

ColorOS came into existence 5 years after the launch of Android. And all Realme smartphones were working on ColorOS by Oppo.

And finally on 15 Jan 2020 Realme UI was officially released. Realme UI is not itself a modified version of ColorOS.

Although Realme UI and MiUI both are good user interfaces but MiUI is more matured and experienced than Realme UI.

But in this post, we have discussed which User Interface is more close to Stock Android.

As we have already informed that MiUI was launched on 16 Aug 2010, 02 years after the launch date of Android by Google.

MiUI is based on Google but it is highly customized and there are lot more new features added to MiUI.

Even MiUI is based on Android but at many places it looks similar to iOS. MiUI is inspired from iOS and they try to make their User Interface similar to iOS by Apple.

Many times we have found that when Google add any new feature in Android in any version upgrade, MiUI devices are already having this feature in previous version.

So we can say that MiUI is putting many efforts to bring new features to it. So MiUI is a very customized User Interface.

But this thing also brings some bugs to it and MiUI goes far from Stock Android user experience.

The latest available version of MiUI is MiUI 13 and it is working on Android 12.

Realme launched its first smartphone named as Realme 1 in 2018 and it was working on ColorOS. Realme UI was not in existence in 2018.

Realme UI was initially launched on 15 Jan 2020. Realme UI is nothing but a more customized version of ColorOS.

As Realme UI is totally based on ColorOS, this thing make it some mature as all the research done on ColorOS to make it batter is taken by Realme in Heritage.

Realme UI is also a customized version of Android but at some places it is too close to Stock Android.

Realme UI is customized version of Android and they feel proud on it want to look similar to Stock Android and also provide some additional customization options.

Realme UI also brings many customization options to its smartphones still it is having very less bugs and it is very easy to use.

The latest available version of Realme UI is Realme UI 3 and it is working on Android 12.

You have seen that the basic feature are available in both on the user interfaces. But MiUI provide some more customization options as compare to Realme UI.

We don’t find that any major feature is missing in any of these User Interfaces.

Many of us don’t do experiments on customization of UI but sometimes we need to use most of the feature in smartphones.

Realme UI has clean and easy to use User Interface and it also look similar to Stock Android up to some extent.

On the other hand MiUi provides more customization options and little bit complex as compare to Realme UI. It is also inspired from Apple iOS up to some extent.

Finally I want to inform you that both the UI are having basic functionality. And it is up to you that you like Stock Android user interface or Apple iOS.