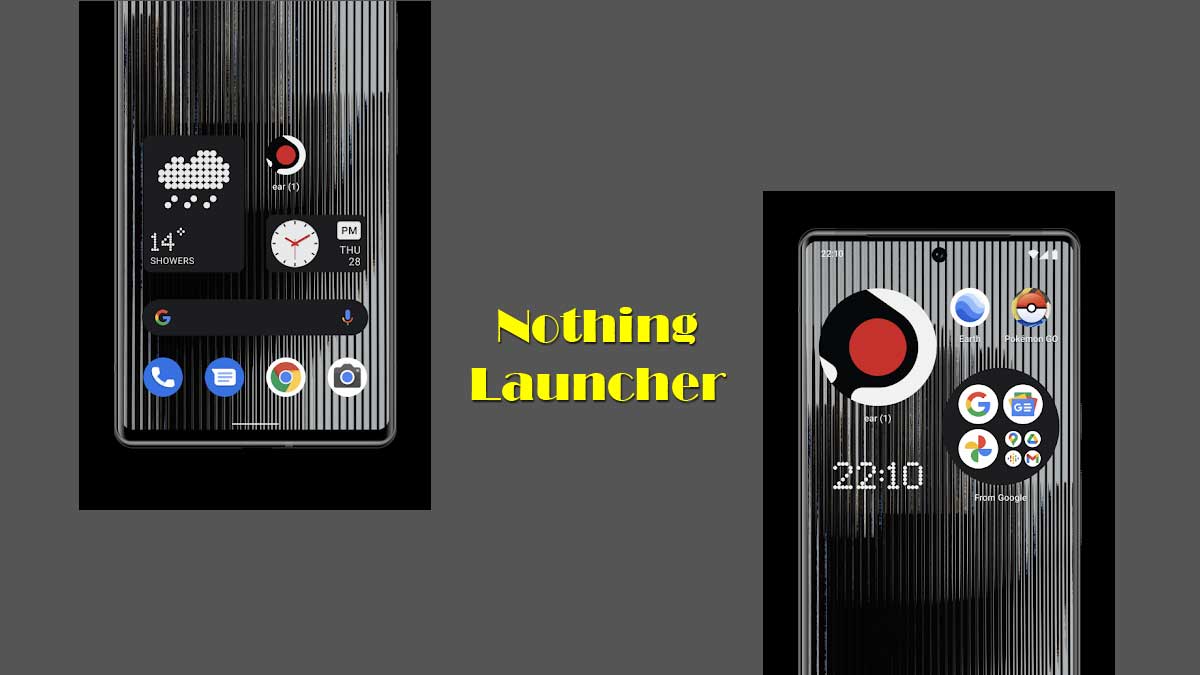 It is still in development phase so its stable version is not released. Its beta version is already available on google play store.

You can install it in any Android phone having Android version 8 and above. This is very simple launcher so it has very less features and very less customizations.

It is very less in size so its very light weight. You can try it in your Realme smartphone to get Nothing OS user interface feel.

Nothing OS is the customized version of Android which is totally free from bloatwares. If you want any operating system without any pre-installed annoying apps and services then you can try Nothing OS.

Many people have started talking about Nothing OS and all of them are excited for it.

So what are your views on Nothing OS and Nothing Launcher then let us know in the comment section below.

How to use Nothing Launcher

You will not find any option to open nothing launcher on home screen after just installing it. There will be no app available as Nothing launcher in your app drawer.

So you have to select it from the default app to set it as your default launcher from system settings.

Follow the simple steps to set the Nothing launcher as default launcher in your phone:

Nothing launcher is set as default launcher and you can now experience Nothing OS in your smartphone. It is very minimalistic so you may find it interesting.

You can also set widgets on your home screen as there are 2-3 built-in widgets available in Nothing launcher.