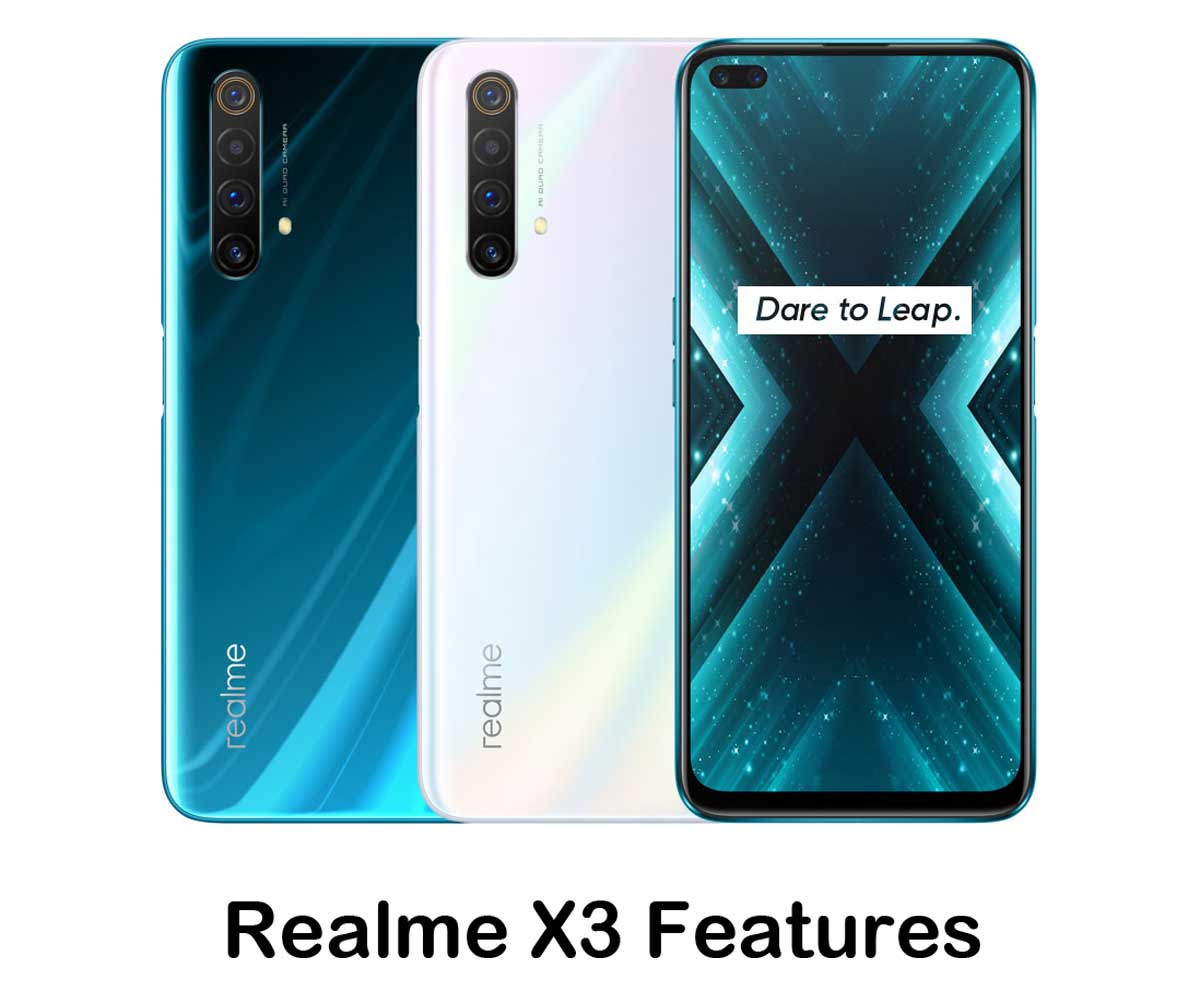 Realme X3 has launched on 30 Jun 2020 in India. Realme X3 is the topmost version of realme ever launched with key features like Qualcomm® Snapdragon™ 855+ SoC & 120Hz display refresh rate.

Realme X3 sports Qualcomm® Snapdragon™ 855+ SoC which is a highest range and top-performance processor from Qualcomm.

Realme X3 sports Qualcomm® Snapdragon™ 855+. Its maximum CPU clock speed is 2.96 GHz. It is an Octa-core processor. It is having Adreno 640 GPU.

Realme X3 GPS is capable of navigating you to your destination by using world all navigation system. All of them are explained below:

GPS: The Global Positioning System (GPS), originally NAVSTAR GPS, is a satellite-based radionavigation system owned by the US government and operated by the US state Force.

GLONASS: GLObal NAvigation Satellite System”, is a space-based satellite navigation system operating as part of a radio navigation-satellite service. It provides an alternative to GPS and is the second navigational system in operation with global coverage and of comparable precision.

GALILEO: Galileo is a global navigation satellite system (GNSS) that went live in 2016, created by the European Union through the European GNSS Agency (GSA), headquartered in Prague, Czech Republic, with two ground operations centers in Fucino, Italy and Oberpfaffenhofen, Germany.

QZSS: The Quasi-Zenith Satellite System (QZSS), also known as Michibiki, is a four-satellite regional time transfer system and a satellite-based augmentation system development by the Japanese government to enhance the United States-operated Global Positioning System (GPS) in the Asia-Oceania regions, with a focus on Japan. The goal of QZSS is to provide highly precise and stable positioning services in the Asia-Oceania region, compatible with GPS.

This periscope zoom lens is accompanied by an ultra wide-angle lens and the primary camera. It gives realme X3 SuperZoom focal length from 16 mm to 124 mm, equivalent to the smooth zoom from 0.5X to 60X zoom. Optical image stabilization (OIS) stabilizes the zoomed preview, making it easy to take sharp, clear photos, even from 100 meters away.