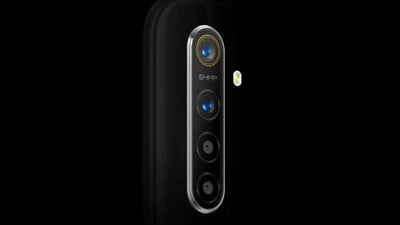 Realme X Pro price, specification and launch date: Realme has recently launched its mid range premium mobile named as Realme X at a very reasonable price. Now realme is planning something new and surprising for its customers in its smartphones. Realme CEO Madhav Sheth has announced that realme is working on a 64 MP camera smartphone.
Realme 64 MP smartphone will be named as Realme X Pro. But this camera centric phone will have some more premium features other than its 64 MP camera.
Realme X Pro will be launched with a premium design, best performance and killing price range. So let’s discuss all these Realme X Pro parameters in details.


Read More
Realme’s X series is a premium smartphone series and realme launches its X series first mobile in July named as Realme X with its first 48 MP camera and Snapdragon 710 SoC chipset.
Realme CEO Madhav Sheth has already confirmed on its twitter account that Realme X Pro will be first launched in India only. And after that it will be launched in other parts of the world. For more information checkout the tweet by Madhav Sheth below.

Here’s a glimpse of what this realme prototype can do. Even compared it with some other flagship model in a more premium price segment. Buckle up and #DareToLeap to some real exciting camera experience this year. pic.twitter.com/kVgz9griQy 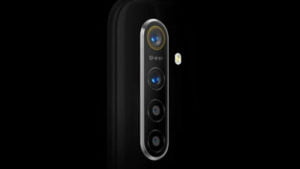 Snapdragon Elite Gaming gives smartphones an exclusive and competitive edge with a suite of software features and hardware that are optimized for best gaming experience.

Realme x pro will be launched with Android Pie (9) with ColorOS 6 customization. Realme X pro will definitely get Android upgrade to Android Q (10) in future updates.

Realme has already started promotion for Realme X Pro months before in Jun 2019 as a 64 MP Quad camera smartphone. Teasers for Realme X Pro has already spreading over internet.
So the Realme X Pro is going to launched early in this year 2019 itself. However final launched date by Realme has still not confirmed. We request you to come back on this site after some time. We will update the final launched for realme x Pro date when it will be officially confirmed by Realme.
However, the rumers says that realme x pro will launched in Sep 2019. And the approx launched date for realme x pro is 15 Sep 2019.
Note – this date is not officially confirmed, its only assumed date and we will update the officially launched date when Realme confirms it on its social media accounts.

Realme X Pro is the first smartphone with 64 MP quad camera smartphone from Realme. It will also have Snapdragon 855+ SoC which is latest processor and comes in premium mobiles only.
Realme x pro also sports in-display fingerprint sensor, pop-up selfie camera and Type C flash charging.
All these things make Realme X Pro a premium mobile and hike the manufacturing cost also So this mobile is going to be a costly mobile.
Realme X Pro base variant with 06 GB + 128 GB will be launched at 26,999 Rs. And its top variant may cost more than 30,000 Indian rupees.

Realme X Pro is the first 64 MP quad camera smartphone with Samsung GW1 sensor from Realme. It will be launched in Q3 of year 2019 however the final date has still not officially confirmed by realme.
Realm X Pro is going to be a premium range killer smartphone with the above mentioned ultra features.
If you have any question or feedback don’t wait to write in comment box below. Your feedback is always appreciated and important to us.